MSG: The Tale of a Castaway in the Middle of an Umami Movement 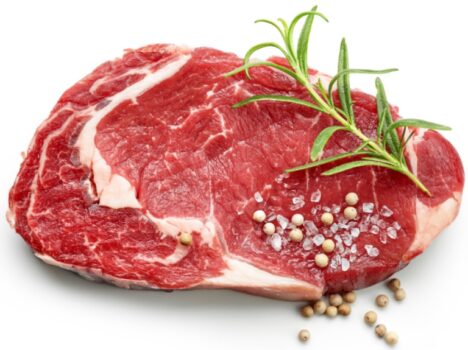 MSG: The Tale of a Castaway in the Middle of an Umami Movement

Over a hundred years ago, Professor Kikunae Ikeda of Tokyo Imperial University wondered what made kelp broth taste so good. He recognized that, “There is a taste which is common to asparagus, tomatoes, cheese and meat but which is not one of the four well-known tastes of sweet, sour, bitter and salty,” and set out to figure out what it was. He discovered that glutamate, an amino acid made by many plants and animals, was the source of this distinctive taste, and named the flavor “umami.” He was able to isolate the glutamate from the seaweed, and began to sell the crystallized form as a seasoning called Ajinomoto (which means “the essence of taste” in Japanese). He later realized it was easier to get the glutamate by fermenting plants, and began making it that way. This umami seasoning is still widely used today, although most Americans have never heard of Ajinomoto because they call it MSG (monosodium glutamate).

The sweet tale of an old Japanese professor with an interest in food tends to take a turn when some people hear MSG. Some think it’s bad for them; how could they not when food labels often proclaim that the product is free of it. Yet this seasoning that is often associated with Chinese takeout is being increasingly used by fine chefs. In fact, there’s a savory renaissance happening, but it goes by a much more socially acceptable name: umami.

In the past decade or so, chefs have been taking a renewed interest in umami. Restaurants devoted to umami flavor have popped up as well as restaurants featuring elevated Asian cuisine. Some of the eateries use MSG to achieve the umami flavor, while others focus on foods with inherent glutamate. Both have experienced a warm embrace from the public as evidenced by the success and expansion of restaurants like Umami Burger and Momofuku. But it hasn’t been complete smooth sailing as Chef David Chang of Momofuku fame noted in his talk on MSG and umami at the MAD2 symposium. He discussed the pushback he received from one customer who thought there was MSG in her food and the stigma attached to the seasoning that left his employees unsure of how to respond. After reviewing the evidence on MSG, he argues that there is no scientifically valid reason for ignoring this useful flavor enhancer, and advocates questioning the negative associations attached to it.

How can the same foodies packing these restaurants also eschew the use of MSG at home? For one, few people realize that MSG and umami are one in the same; the glutamate in monosodium glutamate (MSG) activates the taste buds that signal umami to the brain. But there are other deeper reasons. The skepticism of MSG started with the now infamous letter written by Dr. Robert Ho Man Kwok published in the New England Journal of Medicine (NEJM) in 1968. In this opinion piece, Kwok noted radiating pain in his arms, weakness and heart palpitations after eating at Chinese restaurants, and speculated that cooking wine, MSG or excessive salt might be to blame. Readers replied that they too experienced this “Chinese Restaurant Syndrome.” It was likely due to the strong anti-Chinese sentiment in the US during the first half of the twentieth century that no one seemed to question why they didn’t experience the same symptoms after eating at an Italian restaurant whose meals feature all of the same components. The alleged adverse effects became part of public consciousness despite subsequent research being unable to duplicate the symptoms in the controlled environment of double-blind studies. (See more here.)

The distaste for MSG among many consumers continued in the background throughout the second part of the twentieth century, and experienced a resurgence as Americans turned the focus of their phobias from people to food. American’s fear of chemicals started in the 1960s, and escalated in recent years with their increasing distrust of large corporations and decreasing faith in the government’s ability to protect them. A media landscape and internet search algorithms that allow for the selection of content that confirms beliefs while ignoring opposing viewpoints also contributes to the proliferation of chemophobia.

So that’s how we’ve come to have an ingredient so revered by some and so unloved by others at the same time. But which should it be? Given that our love of cheese, tomatoes, and aged meats are all due to the presence of glutamate, it seems irrational to demonize the glutamate itself (e.g. MSG). When you consider that neither our taste buds nor the rest of our bodies can discern whether the glutamate is inherent in the food or seasoning, then it seems time for concerned Americans to reevaluate their fears.