If MSG is So Bad for You, Why Doesn’t Everyone in China Have a Headache? 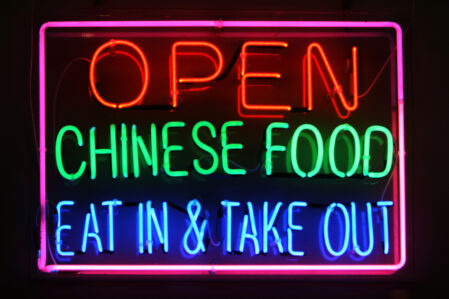 “If MSG is so bad for you, why doesn’t everyone in China have a headache?” asked Jeffrey L. Steingarten, food critic at Vogue since 1989 and a leading food writer in the United States. And as a daughter of Chinese immigrants, and sister to a retired Chinese restaurant owner I ask my own question: “Why is it called Chinese Restaurant Syndrome?”

The simplest answer of course is the oft-repeated and familiar story of how it started with a 1968 letter published in the New England Journal of Medicine (NEJM) from Dr. Robert Ho Man Kwok, complaining about radiating pain in his arms, weakness and heart palpitations after eating at Chinese restaurants. He speculated that cooking wine, MSG or excessive salt might be to blame. Entitled “Chinese Restaurant Syndrome” by a NEJM editor, responses to Kwok’s letter poured in with complaints including headaches, stomachaches and dizziness. Scientists jumped to research the phenomenon of “MSG allergic reactions.” Chinese Restaurant Syndrome was considered a legitimate disorder by many in the medical establishment.

How did Kwok’s non-science based letter gain so much traction that it was Chinese restaurant food to blame? After all, ripe tomatoes, aged-Parmesan cheese and dry-aged beef are all higher sources of glutamate, the same compound found in MSG. Yet there were not the same complaints about Italian restaurant food, nor of American steak houses. And MSG was ubiquitous in everything from canned vegetables to seasoning packets to frozen dinners at that time.

So I still questioned, “How did the syndrome become so inflexibly linked as Chinese Restaurant Syndrome?” I did a deeper dive into cultural history.

Anti-Chinese sentiment was rampant in North America starting the latter half of the 19th century. Many non-Chinese workers felt threatened by the large influx of Chinese miners, farmers, railroad and factory workers who were paid lower wages. Amid anti-Chinese sentiment, the U.S. passed the Chinese Exclusion Act in 1882 that barred Chinese from becoming U.S. citizens, and restricting new immigration except for Chinese business owners who could try to obtain hard-to-get merchant visas. In 1915, in an exemption known as the “Lo Mein Loophole,” restaurants were added as businesses qualifying for this exception. For the Chinese, opening up restaurants became a way to bypass the discriminatory U.S. immigration laws. The Chinese Exclusion Act was extended periodically until it was finally repealed in 1943. And so I find it ironic that Dr. Kwok himself was a Chinese immigrant, arriving in the U.S. in 1960.

Food historian Ian Mosby writes that lingering prejudices and xenophobia about Chinese culture and culinary practices played a distinct role in “ethnic and racial food fears in colouring popular perceptions of risk.” In “That Won-Ton Soup Headache: The Chinese Restaurant Syndrome, MSG and the Making of American Food, 1968–1980,” he postulates that “strangely exotic, bizarre and excessive practices” associated with Chinese restaurants and cooking “ultimately, meant that few of those studying the Chinese Restaurant Syndrome would question the ethnic origins of the condition.”*

The term “Chinese Restaurant Syndrome” persists, and associated with it are negative physical and cognitive symptoms – despite well-documented research to the contrary.

According to the Chinese American Restaurant Association, the U.S. is home to more than 45,000 Chinese restaurants. Chinese restaurants abound in every community large and small, and so unfortunately and needlessly is the phrase “No-MSG” on their menus.