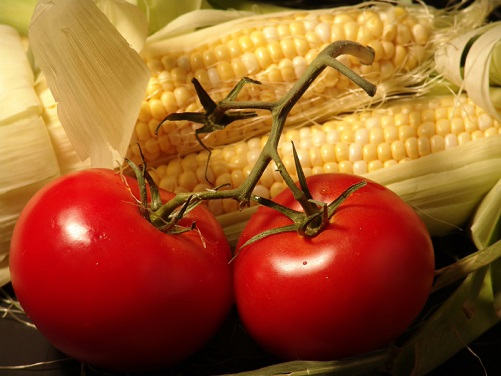 When people hear the word “glutamate” they think of the flavor enhancer MSG (monosodium glutamate).

Glutamate, which is found in MSG, is ubiquitous in nature and is present in all living organisms, commonly found in all animal and plant sources of protein.

Glutamate naturally occurs throughout the body where it performs many vital functions. It is an amino acid, and amino acids are the building blocks of protein. In the human body, glutamate is the most prevalent amino acid, with some estimates that our bodies contain up to four pounds of it.1

As an amino acid, glutamate is considered non-essential, meaning that our bodies can manufacture it from other proteins. But for a “non-essential” amino acid, it is responsible for a lot of essential functions in the body and brain.

Glutamate plays a critical role in certain metabolic pathways essential to life, serving as a specific precursor or substrate for biosynthesis of various amino acids — glutathione, arginine and proline — and of nucleic acids, nucleotides and metabolites.2, 3

Glutamate is critical to certain metabolic pathways essential to life.

Glutamate is the most abundant neurotransmitter in the nervous system of vertebrates, accounting for over 50% of synaptic connections in the human brain. For its function as a neurotransmitter, glutamate must be synthesized in neuron synaptic terminals. In the central nervous system, glutamate functions as the major transmitter that sends signals in the brain and throughout the nerves in the body, passing chemical messages from one nerve cell to another. The glutamate, released by the synapses, increases the likelihood that the neuron will “fire” an action potential to relay its signal.4 Because of these important roles glutamate is the principal mediator of cognition, emotions, sensory information, and motor coordination, and is linked to the activity of most other neurotransmitter systems.5

Almost all dietary glutamate is used as fuel for the gut mucosal cells, facilitating glucose absorption for later use as brain fuel.

We can easily get all the glutamate we need from food sources. In food, there are two forms of glutamate. Glutamate can be “free” and not bound to proteins; or bound to other amino acids as part of proteins. It is the free glutamate that provides the unique taste of umami, which has been described as “savory” or “meaty.” Foods known for their umami taste, such as aged Parmesan cheese, mushrooms and ripe tomatoes all contain high levels of free glutamate.

John Fernstrom, Ph.D., professor of psychiatry, pharmacology and behavioral neuroscience at the University of Pittsburgh has reviewed the extensive scientific research on glutamate and concluded that the abundance of scientific evidence indicates that dietary glutamate does not present a risk to normal brain function and “Monosodium glutamate is safe to consume in food.”8 And an FDA-sponsored Federation of American Societies for Experimental Biology (FASEB) report has confirmed MSG’s general safety as a food ingredient.9 The extensive body of research which exists about this widely used ingredient has been reviewed by independent scientists and regulatory authorities throughout the world – all have found MSG to be safe.

Chefs have long known that using umami rich foods will heighten the savoriness of their dishes. Processes such as ripening and maturation (ripe tomatoes), curing (cured ham) and fermentation (soy sauce) also increase free glutamate and enhance the umami flavor. And a dash of MSG as a seasoning in your recipes will add free glutamate, intensify the umami flavor and provide delicious eating.

A Glutamate Glossary: Defining Common Umami-Related Words
Sometimes the words used when talking about glutamate and umami are a little unfamiliar. Here’s a look at the meaning of the ones you’re most likely to encounter so you can be in the know.