How Does “Clean Eating” Fit in Your Diet? 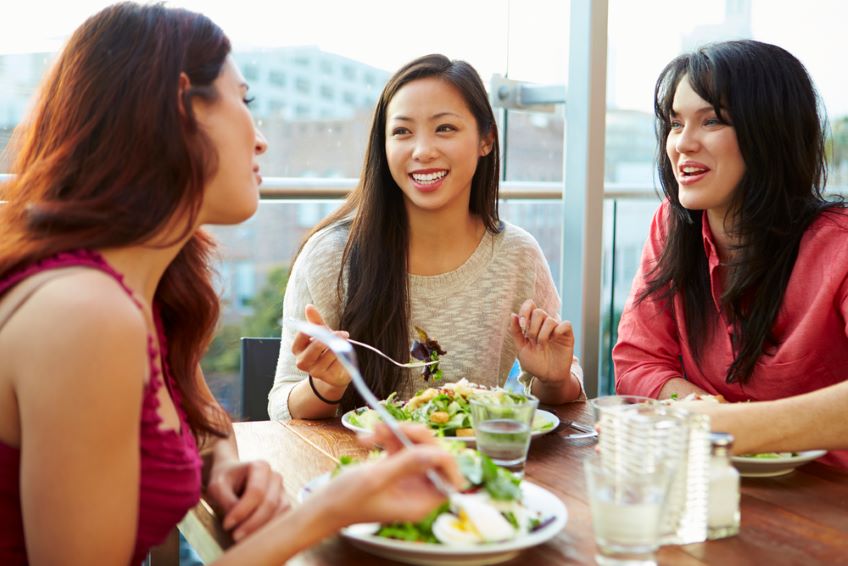 Americans are paying more attention to ingredient lists, choosing “clean” ingredients, and trying to avoid chemical-sounding items. One conclusion: Many Americans are trying to “eat clean.”

As a registered dietitian I look forward to updates on what’s happening in the world of people’s food habits. One organization that does it well is the International Food Information Council (IFIC). Each year IFIC surveys Americans about the world of food. In their research, this scientific organization looks at Americans’ eating, drinking and cooking habits, what diet trends are on their minds, and what consumers are looking forward to and concerned about in the year(s) ahead.

In June 2021, IFIC conducted a food and health survey of American consumers to understand their perceptions, beliefs, and behaviors related to food ingredients. The survey analysis looked at the role ingredients play in consumers’ food attitudes and purchasing habits, revealing that this topic is both popular and polarizing. What IFIC found was that Americans are paying more attention to ingredient lists, choosing “clean” ingredients, and trying to avoid chemical-sounding items. One conclusion: Many Americans are trying to “eat clean.”

Americans have been trying to “eat clean” for the past decade. And the trend has been growing. In 2020, there were over 61 million #EatClean posts on Instagram.

Down and Dirty – NOT

If taken literally, “clean eating” means consuming food free from dirt. But it appears that “clean eating” can mean much more than that and suggests many different things to different people. An article in Consumer Affairs states that the clean eating diet is based on consumption of fresh fruits and vegetables and the avoidance of processed foods.1 The British Dietetic Association broadens the concept by suggesting that clean eating means avoiding all processed foods and cooking from scratch, eliminating refined sugar, and choosing foods in their natural state.2 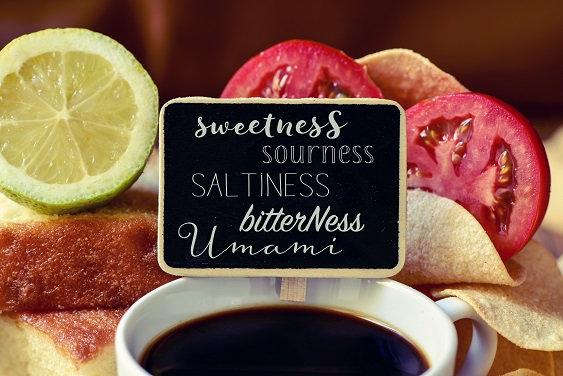 Flavor in food – its taste – is what makes eating enjoyable. Just like there are prime numbers and primary colors, there are also primary tastes. Your tongue has five different types of taste receptors that are bundled into buds and that react with the ions and molecules in food and then send messages to your brain. Most of us were taught four basic tastes when we were young, but newer science has established there are five basic tastes. The five types of taste receptors (with a little bit of chemistry thrown in) are:

The word “umami” is of Japanese origin and roughly translates as “good flavor.” It’s the taste naturally present in food, described as “broth-like” or “meaty” (but isn’t salty, sweet, bitter or sour). It’s often characterized as a pleasant “savory” taste. This taste comes from glutamic acid, or glutamate, an amino acid which occurs naturally in some foods. Glutamate also occurs naturally in the human body – we produce it!

Foods rich in free glutamate, such as tomatoes, cheese and mushrooms are often used in cooking for their flavorful qualities. Monosodium glutamate (MSG) contains glutamate (the salt of glutamic acid with sodium), one of the most abundant amino acids in nature and an important component of protein. Glutamate in food imparts the umami taste. Umami is known as ‘Xian-Wei’ in Chinese and may correspond to the ‘Osmazome’ concept captured by French scholars in the XIX century. Glutamate has been a component of flavor enhancing since ancient Rome, as ‘Garum,’ and in Japan for more than 1200 years.

Here is a list of whole, flavorful foods that contain glutamate: 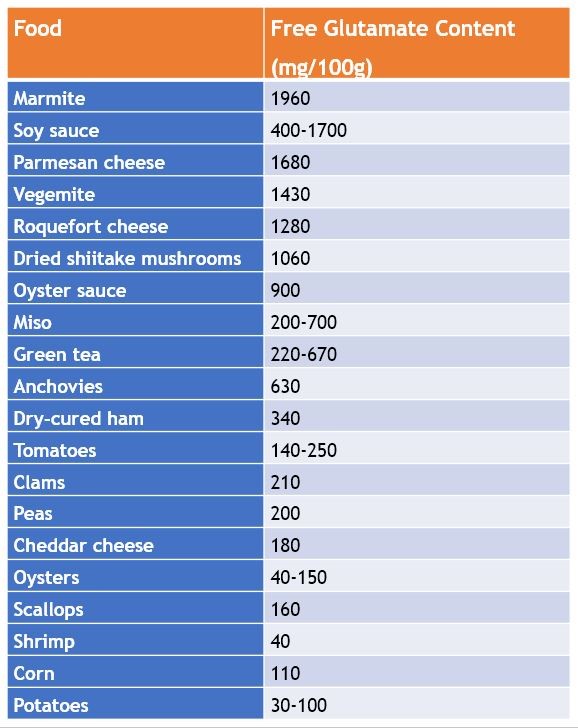 While it may be daunting to consider eating a clean(er) diet, the benefits could outweigh any concerns you may have when attempting to make some changes in your eating style. A good reason to take on clean eating is the health benefits of consuming foods rich in nutrient content that have not been overly processed.

The Mayo Clinic listed these items as examples of what might be considered in a clean diet (and the asterisks have been added to highlight foods rich in glutamate):

How “clean” do you want your diet to be? That’s totally up to you. Keep in mind that there are a lot of styles of clean eating. Remember that there’s no actual scientific definition of clean eating and what’s more important is that you create a healthful diet strategy that fits into your unique lifestyle, values, and goals.

And know that all eating plans – including “eating clean” – have a place for foods containing glutamate. You can bring better nutrition and umami flavor to a cleaner dietary approach with the help of glutamate-rich foods.