MSG and the Fear of the Known 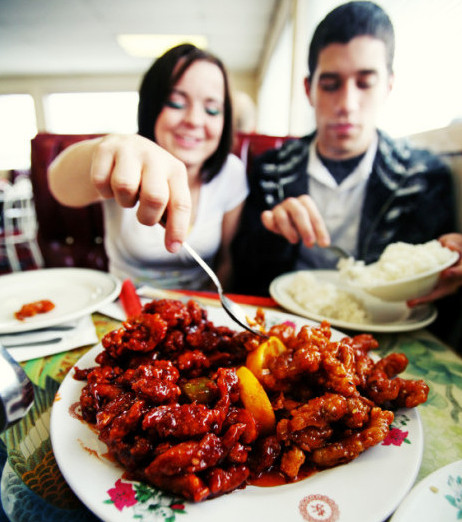 Chinese Restaurant Syndrome lives in America; well, the American psyche rather. Said to be a collection of side effects caused by consumption of Chinese cuisine, CRS has commonly been blamed for the headaches, dizziness and chest pains that some people experience after eating at a Chinese Restaurant – and monosodium glutamate, better known as MSG, has been the fall guy for nearly 50 years.

When people hear the word MSG, they often associate it with Chinese food and some correlation to the so-called “Chinese Restaurant Syndrome” (CRS). Truth is: MSG is nothing more than the sodium salt of an amino acid called glutamate. Asian cooks have been taking advantage of MSG’s flavor enhancing properties for centuries; from wonton soup to your favorite noodle entrée — glutamate can be found naturally in a dish’s ingredients or added in as a flavor enhancer. Interestingly, very few Asian populations are even familiar with the phrase “Chinese Restaurant Syndrome.” In fact, the use of MSG in these countries is largely assumed, as it’s comparable to picking up a salt shaker in the U.S.

This MSG-phobia derives from a somewhat colloquial letter written by a physician back in 1968 to The New England Journal of Medicine. In his letter, Dr. Ho Man Kwak described negative symptoms he experienced shortly after having eaten at a Chinese food restaurant in America. While Dr. Kwak did not draw a direct link between MSG and the side effects he experienced, the damage was already done. It seems many people love to fear their food, even without first requiring a factual basis. Despite a single scientific study that proves MSG is harmful, the notorious flavor enhancer has fallen victim to a fear of the known.

Monosodium glutamate is one of the most extensively researched ingredients in the food supply and has repeatedly been proven to be a safe and healthy food additive. The Food and Drug Administration (FDA) has designated MSG as safe along with common household ingredients such as salt and baking powder. In 2000, Raif Salim Geha, a known American immunologist, together with colleagues from Harvard University, Boston University of Public Health, Northwestern University, and University of California Los Angeles, conducted the largest ever multicenter double blind placebo controlled study on the alleged reaction to CRS and concluded “neither persistent nor serious effects from MSG were observed, and the responses were not consistent on retesting.” And research is not just limited to the U.S., it’s also reviewed by governmental and scientific bodies in Europe, Asia and even at the U.N. In fact, the FAO/WHO Joint Expert Committee on Food Additives (JECFA) placed MSG in the safest category, “Acceptable Daily Intake (ADI) not specified” based on the extensive scientific data available.

I’m not suggesting that it’s impossible that a small percentage of people experience symptoms like those associated with CRS after eating. I’m only saying that studies haven’t been able to confirm these symptoms are linked to MSG when people don’t know what they are getting. And regardless, it’s always a good idea to consult with your doctor if you are having reactions to food to make sure you’ve pinned down the true cause.

So the next time you think twice about ordering from your favorite Chinese takeout due to fear of MSG, do yourself a favor and do the research first. The safety is in the science – and there’s more than enough to go around.

This post is based on The Flavor of Marriage video entitled, “Is MSG Safe?: The Chinese Restaurant Syndrome Debate,” shown below: