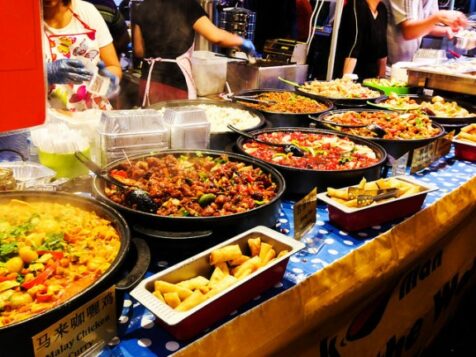 Dan Pashman, author, public speaker, host and self-described “eater, not foodie,” started his year off right. In January, Pashman’s podcast, The Sporkful, released an episode titled “This Podcast Contains MSG.” The two-time James Beard nominated podcast began the episode by playing media clips from horrified people claiming to have fallen ill due to MSG exposure. Pashman takes over the narration and describes the story of Dr. Ho Man Kwok’s personal anecdotal speculation that led to the coining of the phrase Chinese Restaurant Syndrome. He then introduced Dr. Aaron Carroll to discuss more about the wonky science that went on to perpetuate the misinformation emanating from Dr. Kwok’s assumptions about MSG.

Dr. Carroll explained that a perfect storm of unfortunate events occurred around the time MSG became vilified by the public. First, MSG was swept up into a large backlash from consumers against food additives, second, there was national tension about mass immigration and MSG was associated with the Chinese “other” and finally, the flurry of faulty studies that won’t die even though those results have been disproven.

“Some of them were studies where they took enormous amounts of MSG and then injected it under the skin of mice to see if problems occurred and it did,” Carroll said, “But no one is suggesting human beings should inject huge amounts of MSG under their skin.”

From there, Pashman called up one his closest friends, Kevin Pang. Pang talked about his personal experiences growing up in Hong Kong with MSG in the form of Maggi sauce. It was so integral to the food, his culture and his mom’s cooking, Pang didn’t know anyone had a problem with it until he started high school in the U.S. Pashman’s last guest of the episode, Andrea Nguyen, had a slightly different experience from Pang. Although she too never questioned her Vietnamese mother’s food, she consistently blamed Chinese Restaurant Syndrome when she felt bad after eating Asian food at restaurants. It wasn’t until she started working in food that she realized how wrong she’d been. Now she writes to debunk MSG myths.

This April marks 50 years since Dr. Kwok’s letter to the New England Journal of Medicine was published. In that fateful year, 1968, “Chinese Restaurant Syndrome” was invented and the “Japanese seasoning” Americans had come to love was nearly instantly shunned in restaurants, kitchen cabinets and on many store shelves. But today, thanks to sound science, more and more people understand the deliciousness that—in the words of Dan Pashman— “MSG is essentially crystalized deliciousness.” Listen to the entire episode of The Sporkful here.