What is MSG, and is it Actually Made from Seaweed?

Readers of MSGdish are familiar with the story of how MSG was discovered.

As history tells us, over a 100 years ago a Japanese scientist and professor named Kikunae Ikeda was intrigued with the savory, fulsome flavors of the broth called dashi, a savory stock made from a fermented base of boiled dried seaweed and dried fish.

Dashi is important in making the flavors of miso soup, ramen and soba dipping sauces that taste so distinctly Japanese.1

Dr. Ikeda set about to find the source of the rich flavor in dashi. Using dried seaweed (kombu, also spelled as konbu), he conducted a series of experiments. Evaporation and treatment of the seaweed resulted in a white crystalline substance with a molecular formula the same as glutamic acid, an amino acid commonly present in all living organisms, and in all animal and plant sources of protein. In the body, glutamic acid is often found as glutamate, where it performs many vital functions.2

Ikeda had identified the savory flavor source of dashi. The glutamate crystals tasted of the same familiar distinct flavor found in dashi. Ikeda named the flavor “umami” from the Japanese for “delicious.” Umami is now recognized as one of the five basic tastes, along with sweet, salty, bitter and sour.

Ikeda conducted experiments to develop the best medium for glutamate to deliver the umami taste. He found that MSG (monosodium glutamate), a combination of sodium and glutamate, was the best flavoring as it was readily soluble in water, had a strong umami taste, high stability and absorbed no humidity.

In 1908, Ikeda started manufacturing MSG under the name Ajinomoto (meaning “essence of taste”). He produced glutamate not by seaweed however, but by using fermented vegetable proteins. MSG became a staple in Asian cuisine, widely popular for its ability to deliver umami flavor, and also to enhance the original flavors of foods. So important was the contribution of Ikeda, that the Japanese Government Patent Office named him one of the ten greatest Japanese inventors.3 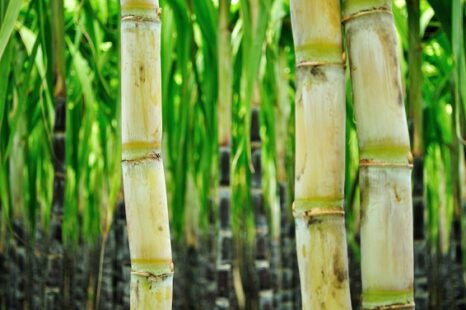 Today, instead of extracting and crystallizing glutamate from seaweed broth like the original discovery, it is produced by the fermentation of plant-based ingredients such as sugar beets, sugar cane or corn. This fermentation process is similar to that used to make yogurt, vinegar and wine. The glutamate produced is chemically indistinguishable from the glutamate naturally found in food proteins and the body metabolizes both sources of glutamate in the same way.

Seaweed (nori or edible seaweed sheets) has been prized in Japan since ancient times for its flavor and flavor enhancing properties. Nori is now commonly made from edible red algae. It has become popular in the west, often found in markets in small mini-sheets sized for snacking and larger sized sheets for making sushi. The glutamate content of nori is abundant at 1378 mg/100 grams, giving it an umami explosion of flavor.

If you would like to see what nori can do to enhance the flavors of your food, try toasting nori sheets until crisp, and then sprinkle on rice bowls, noodles or salads. Top avocados, cucumber or scrambled eggs with crumbled nori for an umami burst of flavor.4 Nori mayonnaise can be used as a dip, on crackers with smoked fish, over hard-boiled eggs or slathered on your sandwich. And if you don’t have nori readily at hand, a sprinkle of MSG will deliver the same great umami flavor (which is why MSG is often referred to as “umami seasoning”).