Beyond Pleasure: The Importance of Umami as a Taste 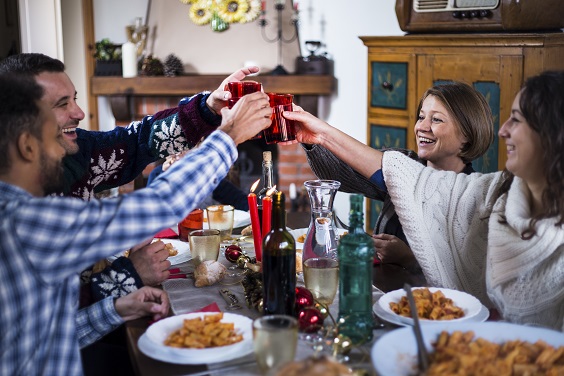 During (and before) the holidays I find myself poring over cooking magazines and food blogs in search of amazing recipes to serve at my annual party and special holiday meals. I want every meal to be packed with dishes that tantalize the taste buds. The holidays are all about maximizing the pleasure we get from eating. But even aside from holiday time, modern humans are largely a lucky species. We frequently have the luxury of choosing and preparing foods based on what tastes good to us. Indeed, surveys and studies find time after time that, although hunger drives the desire to eat, taste is the primary characteristic by which we select what we eat.

What has taste done for me lately?

Well, beyond the obvious – that taste leads you on a daily basis to choose foods that appeal to you– there are some basic functions of taste that are the same for us today as they were for early man. Primary among those functions is providing clues about what we just put in our mouths. Humans who foraged for food relied on information communicated to the brain via the sense of taste. Our ability to taste starts a cascade of bodily preparations for digestion, and gives us information we use to determine whether a food is safe to eat (or not), and can even provide us with some background on what nutrients a food contains.

The evolution of taste

According to Paul Breslin, writing in the article “An Evolutionary Perspective on Food Review and Human Taste,” (Current Biology, 2013), our taste abilities have been shaped both by the environments in which our ancestors lived, and by the nutrients they sought. The article goes on to explain that, for omnivores, the sense of taste is especially important due to the wide range of potential foods, their variety in nutrient content, and the fact that a bigger choice of foods can lead to a greater chance of ingesting something toxic. Indeed, over time, species that consume a very narrow range of foods actually lose taste receptors for tastes that they don’t encounter due to their dietary constraints. Luckily for us, humans have taste receptors for – and can identify – a variety of basic tastes (sweet, sour, salty, bitter, umami). That means we enjoy lots of different types of foods – and we seek out a diet that provides a wide range of tastes.

What information do different tastes provide?

An innate preference for sweet-tasting foods is common among apes, chimpanzees and humans. The attraction to these foods is obvious: they provide sugars (carbohydrates), which provide energy. Fruit is also a source of vitamin C, though sources of the vitamin usually provide both a sweet and a sour (acid) taste. We can tolerate (and even come to enjoy) foods with mild bitterness. Dark chocolate and coffee both have bitter tasting compounds and we all know how enjoyable those are! However, in nature, most strong bitter tastes are associated with toxins. Hence, our natural aversion to those helped protect us from ingesting poisonous foods. Salty taste is easy to understand – both humans and animals need sodium, one of the compounds that make up salt, so we seek it out. But what about umami taste?

Umami taste as an indicator of protein content and probiotics

Unlike chimps and apes, which tended to get their protein from plants, early man chose meat – a source of higher quality protein, and one that also provided umami taste. Mostly likely, humans developed a liking for umami, which is conveyed by the amino acid glutamate. And although fresh meat has little umami taste, once it’s aged or cooked, the umami taste in meat becomes stronger. And of course, there is plenty of evidence that early man cooked food over a fire. So, one could say that umami taste is an indicator of protein. There’s another theory about the reason that humans like foods with the umami taste: we enjoy a range of fermented plant and animal foods. Fermented foods are high in glutamate and therefore high in umami taste. Conceivably, says Breslin, consuming fermented foods – and the beneficial bacteria (probiotics) they contain – provided some evolutionary advantage. Probiotics and the fermented foods that contain them have been found to contribute to health in a number of ways, including enhancing the healthy balance of gut bacteria, boosting immunity and helping to prevent infection, as well as improving the body’s absorption of nutrients.

Wishing you happy holidays, and much pleasure in savoring the taste of wonderful holiday foods!