The History of MSG and Its Journey around the World 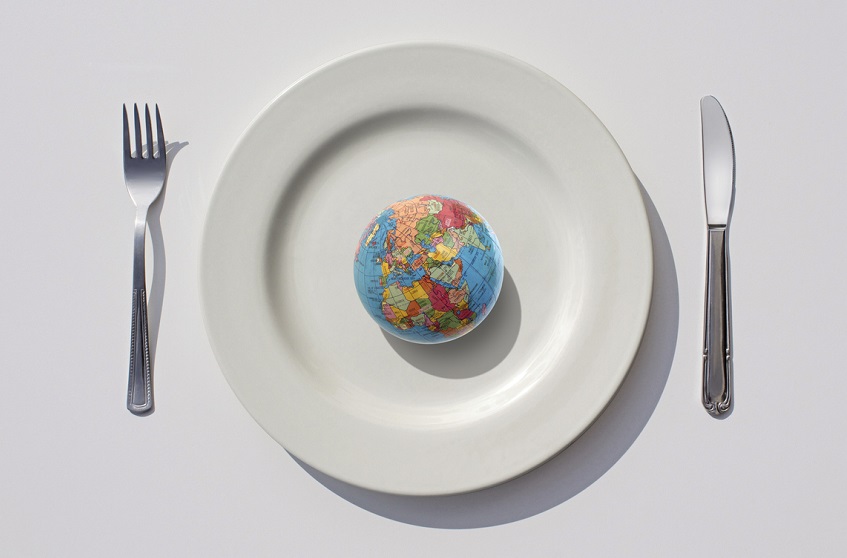 While used in different foods and forms, MSG can be found in foods around the world.

Humans innately like the flavor of umami and have been striving to include it in their food for centuries. In Ancient Rome, fermented fish sauces were used to flavor food, and were viewed with the same reverence as wine and olive oil. In the late 1800s and early 1900s, savory ingredients like Liebig’s Extract of Meat, Oxo bouillon cubes, and Marmite became available. These products were initially welcomed as science-based products that could eliminate malnutrition and later viewed as labor-saving flavor enhancers.

While those products all consisted of broken-down proteins, the single amino acid responsible for umami flavor wasn’t set apart for use as a seasoning until 1908. That’s when Professor Ikeda discovered that glutamate could be isolated from sea kelp and turned into a powder. The resulting monosodium glutamate (MSG) seasoning, called Ajinomoto, became available in 1909. It was initially marketed towards upper class housewives in Japan as being nutritious and indispensable to modern living. The seasoning wasn’t cheap – the “home size” bottle cost roughly the same price as ten pounds of flour – which restricted its use to the modern bourgeois. But by 1939, a shaker of MSG could be found on Japanese dinner tables just like salt. With its favorable reception among households, the use of MSG seasoning spread to restaurants as well.

The seasoning had an opposite path to popularity in Taiwan. Street vendors, for whom flavor was the most important aspect of their food, readily adopted MSG. Often, they would proudly display the Ajinomoto tin on their food carts. From there, the use of the seasoning moved into homes. Taiwanese merchants opened the large cans of MSG, and offered it for sale by weight in much smaller quantities. Thus, it was accessible to people of all income levels, and not limited to the more affluent as it was in Japan.

After gaining a base in Japan and Taiwan, Ajinomoto began selling MSG in China in 1918, marketing it as part of a modern new lifestyle. There was pushback from some Chinese who saw it as a symbol of Japanese imperialism. A Chinese competitor, Tian Chu (Heavenly Kitchen), stepped in and began making MSG seasoning, touting itself as the national brand. Tian Chu also offered a brand called “Buddha’s Hand” geared towards the country’s Buddhist population, who were vegetarian. Although Buddhists in Japan adopted the use of MSG in their cooking as well, this population seemed to be of greater importance to the increased use of MSG in China. All of these factors led to the embrace of MSG as an affordable way to make instant stock and as a flavor enhancer for vegetarian meals by the late 1930s.

MSG first made its way to the U.S. through Hawaii in the 1920s, likely at the request of the large number of Japanese immigrants who worked on the islands’ sugar plantations. Efforts to market MSG seasoning to American housewives on the mainland in the 1920s were unsuccessful, however. While it never caught on as a home kitchen ingredient in the U.S. the way it did in Japan and China, Americans were introduced to it in the 1930s and 1940s when exploring the newly formed Chinatowns in their cities and eating at Chinese restaurants for the first time. Around the same time, the makers of frozen foods and canned soup began using MSG as a flavor enhancer. A little later, after World War II, the U.S. military became interested in trying to improve the flavors of rations to better nourish soldiers. They found that MSG could make previously bland rations more palatable and boost their acceptability among soldiers.

Use of MSG is Worldwide

MSG continues to be used worldwide, although its popularity waned in the 1960s and ‘70s as people’s sentiment towards the food industry shifted. Numerous well-conducted scientific studies done over the past 50 years have demonstrated that MSG is safe to use and not related to any health problems. Since the 2000s, scientific research has investigated the role of glutamate (found in MSG and other amino acid-containing foods) on digestion and health as well as how it signals umami flavor. Umami has gained prominence in more recent years for its importance in rounding out and balancing the flavors in a dish. Chefs are once again using MSG in their foods and building restaurant concepts around umami.

Today, MSG is used worldwide, although there are subtle differences in the consistency of the seasoning sold in various countries. In Japan, MSG comes in fine grains, similar in appearance to rice. It also doesn’t dissolve immediately. In China, MSG appears as a very fine powder that cakes like cornstarch, similar to 5 star spice. In the U.S., MSG has a dry even consistency and looks like salt. The importance of umami to the human palate is demonstrated by MSG’s worldwide appeal. Its global spread has been shaped by politics, patriotism, wars, immigration, home cooks, restaurant chefs and the food industry. Despite fluctuations in its popularity and differences in the ways MSG is sold and used, it seems that people everywhere agree that it enhances the flavor of their food.