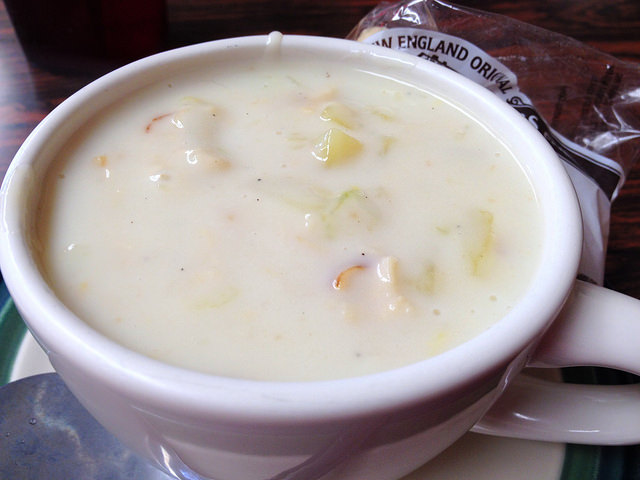 There’s no rule that says you must serve nachos for your Super Bowl shindig. How about paying tribute to the two teams with a super bowl of chowder featuring salmon from the west coast and cod from the east?

Unlike the football teams, these two fish play together nicely in this chowder, and the bonus for the cook is that thinner pieces of fish and even frozen fish works well for this chowder.

One big difference between this chowder and most: it uses fat-free cream (plus a little real butter) for a lighter, yet just as tasty concoction. If you’ve only had canned clam chowder, be aware that this version has a thinner consistency that is traditional in Maine. Earn yourself an extra point for serving the chowder with Nabisco Crown Pilot crackers (typically only found in New England, sorry); oyster crackers or nice crusty rolls will also do just fine. 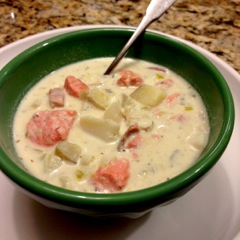 Two fish play together nicely in this chowder, and the bonus for the cook is that thinner pieces of fish and even frozen fish works well for this chowder.