Is It Safe to Eat MSG While You’re Pregnant? 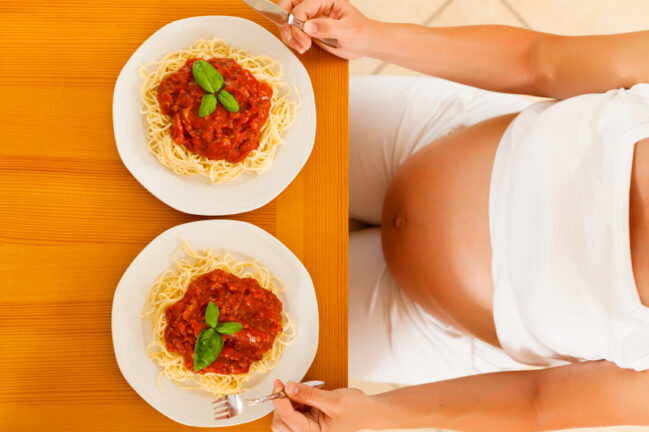 I was at dinner with some friends recently when one of them who had recently found out she was pregnant asked, “Why would my OB/GYN tell me to avoid MSG?” I paused to think about it and then said, “I honestly have no idea. That doesn’t make sense.”

I explained that MSG (monosodium glutamate) is made up of sodium and glutamate, two things that are found in a lot of other foods. Glutamate is a naturally occurring amino acid found in foods like beef, walnuts and mushrooms, and it’s also found in nearly every protein in our bodies. Avoiding glutamate in our diets would be impossible and pointless as we need it and our bodies naturally make it for variety of essential functions. In fact, our bodies make about 50 grams of glutamate a day.

Further, almost all of the glutamate we eat is digested and used as an energy source by the cells in our GI (gastrointestinal) tract. This means that any glutamate eaten from MSG or other foods would likely be used up before it could ever reach the baby. The true irony of her doctor’s advice is that human amniotic fluid naturally contains significant levels of glutamate. Breast milk is also high in free glutamate. A newborn infant will consume much more glutamate per pound from breast milk than it will from food later in life. In fact, research is currently investigating if the high amounts of glutamate in breast milk help infants feel full.

Sodium is also naturally occurring and found in a variety of foods. Women’s sodium needs don’t change when they get pregnant, so as long as a pregnant woman is healthy and eating a reasonable amount of sodium, there would be no need for her to start restricting her sodium intake. MSG contains about one third (1/3) the amount of sodium that table salt does, and contains significantly less sodium than processed or restaurant food. The amount of sodium she would get from using MSG to season her dinner would likely be miniscule and insignificant when compared to the total amount of sodium she ate throughout the day.

The bottom line is that sodium and glutamate are both ubiquitous and necessary, so it doesn’t make sense that a pregnant woman would be told to avoid MSG. If the need to restrict those nutrients was real, it seems senseless that her doctor would tell her to avoid MSG, but not tell her to avoid other sources of sodium or glutamate. The advice seems even more misguided when you realize how much glutamate infants are exposed to through amniotic fluid and breast milk. Simply put, based on the scientific evidence, there’s no reason to avoid MSG while pregnant.

For more information on this topic, read “MSG is Safe for Everyone.”