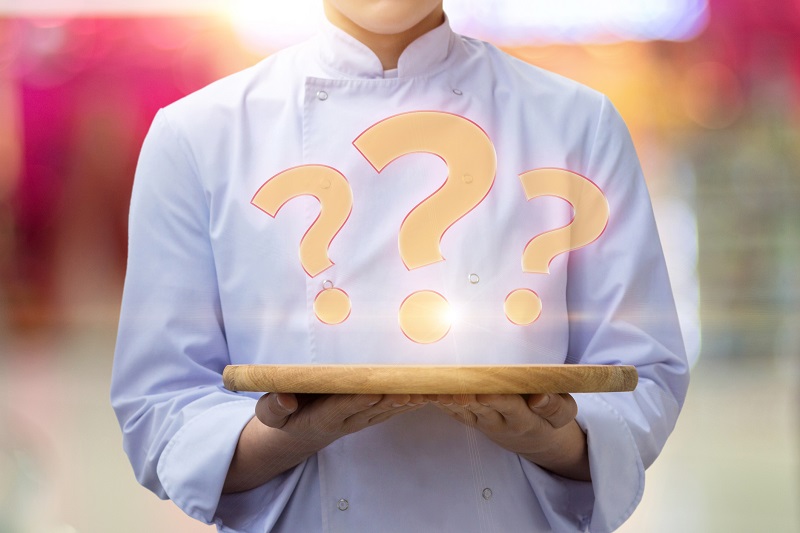 But this isn’t what happens. As much as some people claim to love bacon, no one is truly addicted to it.

Addiction is a complex disorder of the brain where the circuits involving reward, reinforcement, motivation, and memory are dysfunctional.

Drugs excite the part of the brain that makes people feel good, but the brain gets used to them over time, so more and more of the drug becomes needed to get the same feeling. Before long, the body needs the drug just to feel normal, and without it an addicted person will feel horrendous.

Recovering from an addiction is difficult, requires medical intervention, and often involves cycles of relapse and remission.

MSG (monosodium glutamate) is a purified form of naturally occurring glutamate. Because glutamate doesn’t like to be alone, sodium is added to make it more stable.

Glutamate is an amino acid that is found in virtually every food. It’s a big part of protein-rich foods like meat, eggs and cheese, but it’s found in some fruits and vegetables too. Glutamate is what is responsible for giving foods the umami (savory) flavor that makes them taste delicious.

Within food, glutamate is either attached to other amino acids in the form of a protein (bound) or by itself (free). The more free glutamate there is, the more umami flavor the food will have. Processes like aging or ripening will increase the amount of free glutamate in a food. Free glutamate can also be added by seasoning a food with MSG.

How does MSG affect the body?

All glutamate, whether from MSG or other foods, is seen and treated in the same way by the body.

In the mouth, when the tongue senses glutamate, it makes the mouth water and tells the brain to get ready to digest protein. From there, it travels down the esophagus, through the stomach, and into the small intestine.

Once in the small intestine (part of the gastrointestinal (GI) tract), MSG is broken down into sodium and glutamate the same way other foods that contain sodium and glutamate are. 95% of that glutamate is then used as fuel by the cells in the GI tract. The rest of it is absorbed into the bloodstream and delivered to cells to be used for metabolism or to make proteins in our bodies.

Although a very small amount of the glutamate that is eaten enters the bloodstream – as many things that we eat do – that doesn’t affect the amount of glutamate circulating in the brain. The blood-brain barrier keeps tight control over the level of glutamate in the brain and doesn’t allow extra in, even if the amount in the blood goes up slightly.

Not only do our bodies digest the glutamate we eat, but they make glutamate too! In fact, this amino acid is so important to our bodies, that the body usually makes more of it than is consumed.

MSG doesn’t fit the definition of an addictive substance based on its role in our bodies.

First, MSG would have to alter the brain to be able to have an addictive effect. But, as mentioned earlier, eating MSG doesn’t affect the levels of glutamate in the brain because (1) most of the glutamate eaten never leaves the GI tract and (2) the brain keeps tight control over how much glutamate is circulating in it.

Second, peoples’ behavior around MSG doesn’t meet the medical criteria for addiction. People do not compulsively seek out and take MSG. Sure, it’s possible to argue that foods with MSG are delicious and can be hard to put down, but they’re tasty due to a variety of flavors coming together, not the MSG alone. No one seeks out a shaker of MSG to eat it directly.

Also, there is no loss of control over eating MSG. Truthfully, when too much MSG is added to a food, it no longer tastes good – similar to how over-salting a dish will ruin its flavor. (The point of overdoing it sets in when MSG is >1% by weight in the dish to which it’s added, in case you were wondering.)

And, there are no withdrawal symptoms if someone stops eating MSG. The amount of MSG and free glutamate we eat at each meal fluctuates, but people generally don’t feel any different with the various levels of intake. And there are no documented reports of anyone feeling worse because they didn’t eat MSG.

If MSG were to cause addiction, then any foods high in free glutamates would also be expected to cause addiction. But this isn’t what happens. As much as some people claim to love bacon, no one is truly addicted to it.

Finally, our bodies also create glutamate. It would be impossible to be addicted to something that is naturally occurring within us, necessary for our survival and manufactured by our own bodies. That’d be like being addicted to water, which is also impossible.

MSG is not addictive. It doesn’t meet any of the criteria needed to define an addiction, and an addiction to it is biologically implausible. Really, glutamate is so important to our existence that our bodies make it. Claims that MSG is addictive are either an exaggeration of its deliciousness, or an incorrect statement that undermines the struggles of people with true addictions.