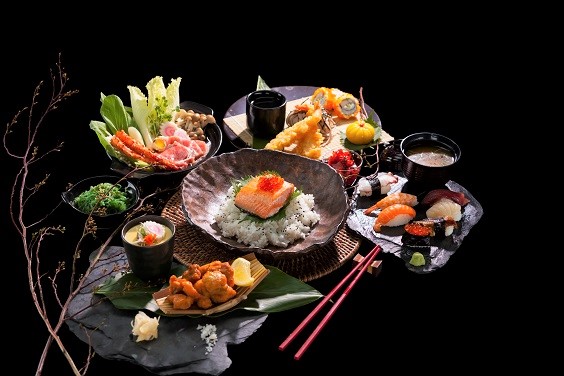 There are more centenarians – those aged 99 or older – living on Japan’s Okinawa islands than anywhere else in the world. People living in this “Blue Zone” have especially low rates of obesity and chronic diseases. The secret to their good health?

As a college dietetics professor, one of my favorite units to teach is life cycle nutrition. This is where the focus is on healthy eating for various age groups, and in the segment on “senior nutrition” we discuss how eating can affect longevity. During this class, the students and I enjoy a TEDTalk video on “How to live to be 100”, which looks at the world’s longest-lived peoples. The speaker in the video is Dan Buettner, a world-renowned explorer and a writer for National Geographic.

Buettner assembled a team of researchers to seek out these “hotspots of human health and vitality” – which he calls Blue Zones – to figure out what some cultures do that helps them live so long. They found that there are more centenarians – those aged 99 or older – living on Japan’s Okinawa islands than anywhere else in the world. People living in this Blue Zone have especially low rates of obesity and chronic diseases (atherosclerosis, obesity, diabetes, and cancer). The secret to their good health? While many characteristics play into a person’s life expectancy, diet seems to play a larger role than others in terms of increased longevity and decreased disability.

The Okinawa way of eating emphasizes eating plenty of soy, vegetables, and seafood. Some of the most popular foods in an Okinawa diet include:

Several foods favored by Okinawans are high in glutamate:

Also noted in the Blue Zone study was that centenarians eat moderate portions at mealtime and that Okinawans follow a mantra of ‘hara hachi bu’ which translates to eating until 80 per cent full. There is substantial interest in what makes us feel hungry or feel full, and how understanding satiety could help in understanding appetite. Glutamate (also called umami) and monosodium glutamate (MSG), the sodium salt of glutamate, may help to regulate appetite. Studies show that we are programmed to find foods with umami taste appetizing when we are hungry but not nearly so pleasant when we are full. This may be important for deciding how much we eat at a meal: i.e. controlling portion size.

Glutamate Enhances the Taste of Food

During my nutrition class we discuss how aging lessens our ability to taste and smell. This decrease in senses is a major contributor to poor nutritional status in populations like the elderly. Glutamate enhances the taste of food. MSG has been used for more than a hundred years to enhance and balance the savory taste of food. Studies have found that adding MSG to certain foods has been successful in increasing the nutritious dietary intake in elderly populations. 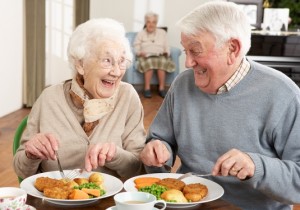 Can healthy eating help you live to be 100? Are the Okinawans on to something? Buettner says, “food may be the best starting point for anyone seeking to emulate the health, longevity, and well-being found in the world’s Blue Zones.” Emulating the habits of people in Okinawa will take more than foods high in glutamate. But by adding more flavorful vegetables, plant proteins like soy and seafood, as well as controlling calories by checking portion size, people all over the world may also be able to live to a ripe old age.

Here’s to a long, happy, healthy, and fulfilling life!