The New U.S. Dietary Guidelines for Sodium: What about MSG? 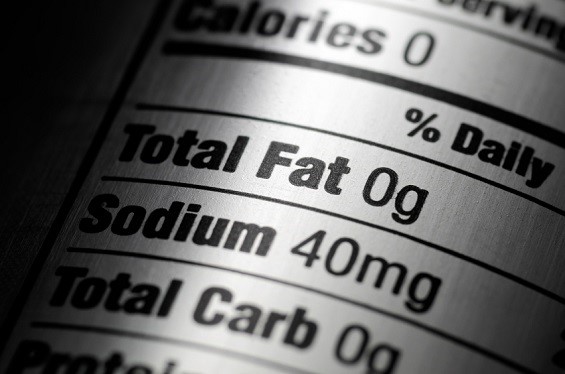 Did you know that 90 percent of all Americans eat too much sodium in their daily diets? According to the Centers for Disease Control and Prevention (CDC),“Most adults and children in the United States exceed the 2015–2020 Dietary Guidelines for Americans recommendation for dietary sodium.”

The average person consumes 3,400 milligrams of sodium a day. Sodium can come from a variety of sources, but we most often think of it in its common form of sodium chloride, or table salt. The new Dietary Guidelines for sodium suggest that consumers in general should lower that amount to 2,300 mg per day, which would be present in about a teaspoon of table salt. This recommendation is for individuals who do not have high blood pressure or other specific health conditions that would require an even lower intake. Adults with prehypertension and hypertension would particularly benefit from blood pressure lowering. For these individuals, further reduction to 1,500 mg per day is recommended. (Important: please be sure to always check with your doctor or other health professional before making any drastic changes in your diet or eating habits.)

Yes, it is difficult to figure out how 2,300 mg of sodium adds up in your daily diet. That is why consumers are often confused. However, you can always refer to the Nutrition Facts panel on foods to see how much sodium is in a particular product. Because sodium is found in so many foods, careful choices are needed in all food groups to reduce intake. The top sources of sodium in the U.S. diet include breads and rolls, deli meats, pizza, poultry, soups, sandwiches, cheese, rice and pasta dishes, seafood dishes, meat mixed dishes (such as meatloaf with tomato sauce), and savory snacks.

Most of us like salt – it’s one of our basic tastes and often adds a “zip” to foods. But there is a way to reduce sodium in many foods without compromising enjoyment. It’s by adding (yes, adding) another sodium-containing ingredient: monosodium glutamate (aka MSG). Here’s the trick: When preparing stews or broths or sauces, play around with cutting the table salt by about a third to a half. Then sprinkle in just a little MSG. You’ll be surprised. A small amount of MSG, coupled with a little salt, enhances the flavor of many foods that would otherwise be bland and unappealing. And I also love the umami taste that MSG imparts. In case you missed it, in my blog about veggies I elaborate on why MSG makes the taste of many vegetables come alive.

Here are three good reasons to choose monosodium glutamate (MSG) to reduce the overall level of sodium in your products:

If you want to make many foods tastier, why not consider opting for MSG, in those instances when its savory, umami taste would be appropriate? After all, MSG is rather basic; it is nothing more than sodium and glutamate (an amino acid naturally present in many of our daily protein sources).

In my opinion, MSG may be one of the best ways to help cut back on sodium intake without losing flavor and great taste.

More information about how MSG can be useful in reducing sodium in the diet can be found here.