Dashi All The Way 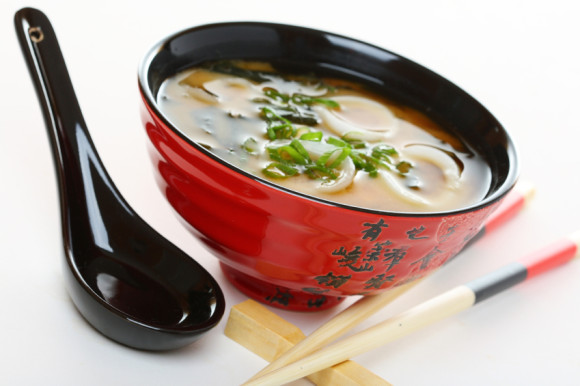 Perhaps one of the greatest – and certainly the most appetizing – cultural assets passed on to humanity are the culinary traditions native to our home. There is much to be learned about the staple ingredients and cooking methods unique to an individual’s culture. One tradition that has recently made its way across the globe to the Western hemisphere is the practice of cooking with dashi, a Japanese broth made from kombu, a type of seaweed known as kelp, and bonito, flakes of dried fish.

Seemingly unappetizing (to me, at least!), the use of dashi in Japanese cooking is the equivalent of a French chef cooking with meat broth. It’s largely unescapable. And the practice of using dashi in American cuisine is trending towards mainstream because of its association with umami – the fifth basic taste most often described as savory.

Dashi is the ingredient you can add to a recipe to get that extra oomph. It’s essentially a simple stock used as the base ingredient in many Japanese dishes. Japanese Chef Masaharu Morimoto was once quoted saying that he always has dashi in his refrigerator and that “it’s the almighty Japanese ingredient.” Commonly paired with savory ingredients, dashi adds a meaty flavor to meatless foods. Traditionally, dashi is found in dishes such as miso soup, ramen noodles, dressings and meat stews. Today, its growing popularity has presented a whole new style of cooking with an ancient kick.

Recently, famous chefs have been dishing up experimental dishes such as Chef David Chang’s clams and potatoes with bacon dashi.  Dashi is often used as a broth and poured over a dish to accentuate the existing flavor properties.  It’s important to note that dashi supplements a dish, and it is not something you’d consume on its own. Perhaps then-83-year-old Chobei Yagi said it best in a 2012 Los Angeles Times article when he said, “Dashi is like the key actor in a movie. But dashi always plays the supporting role, never the star.”

Dashi’s deep-rooted history makes it a fascinating ingredient to cook with, and it’s inspiring to see new cultural influences migrate to the American plate. I recently ran across a write-up on a workshop in LA focused on how to make and cook with dashi, taught by the owner of a 276-year-old dashi shop in Tokyo. Talk about learning it from a pro. What excites me most about the dashi trend is that the cultural importance of dashi has inspired a culinary fusion between two hemispheres of the world. And that’s just one door opened.

If you want to experiment in your kitchen with the wonders of dashi, here are some recipes for dashi, with special thanks to the Umami Information Center.