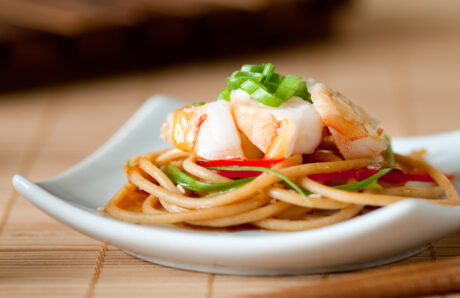 What are chefs around the world talking about? “It’s umami. And lately chefs can’t seem to get enough of it,” says SmartBlog, a food and beverage blog.

I find this SmartBlog of great interest because it reminds us what we pretty much knew but wanted to confirm. Umami is a HOT topic in the culinary circles but it also is different in various parts of the world: “In Thailand it’s fish sauce. In Japan it’s miso and soy sauce. In Italy it’s Parmigiano-Reggiano. In Spain it’s cured meats. In Australia it’s vegemite. In the U.S. it’s ketchup (and Doritos, as in the, Doritos Locos Taco, which was one of the most successful fast food introductions in history). In Korea it’s kimchi.”

Here at MSGdish.com, we have talked a lot about umami, so there is no need to repeat information about how it was discovered, how it’s considered the fifth taste, etc. However, just to remind our readers, as did the SmartBlog cited above, “Umami isn’t new, either; the flavor itself naturally occurs in foods like meat and mushrooms. Even the concept of umami is over a century old, identified by a Tokyo professor named Kikunae Ikeda in 1908. And chefs have been amping up dishes with rich ingredients like sun-dried tomatoes and balsamic vinegar – even chicken stock – for years.”

According to the SmartBlog, since about 2000, “the focus on umami has reached a fever pitch, with chefs looking to ingredients from Asia, like furikake, togarishi, and fish sauce to amp up their dishes. At New York’s Megu, an umami sushi menu is designed to build the umami flavor through a nine-course tasting dinner, while Houston’s Kata Robata regularly hosts collaborative umami-focused dinners. Now, instead of simply building flavors through umami behind-the-scenes, chefs are marketing umami directly to customers.”

Umami is Changing the Way We Eat

Another online article of interest (that I highly recommend) discusses how “Chefs are harnessing umami’s savoury powers to change the way we eat.” This intriguing article about umami points to the “wealth of restaurants making hay with the taste.” It cites restaurants around the globe, including one in London named Umami along with The Hawksmoor, the latter of which serves a Longhorn beef burger specially constructed, not just with the fifth taste in mind – but around it. But as its executive chef Richard Turner points out: “We build our entire menu on it.” The article also cites a redesign of British Airways’ in-flight menu “to increase the amount of umami in the food, based on information that while other tastes recede in the arid atmosphere of the cabin, umami does not.”

While our team here at MSGdish.com could go on and on about how umami is positively affecting the culinary arts and what chefs are saying about it and doing with it, a good way to end my blog…at least for now…would be to quote Chef Sam Gelman, Executive Chef at Momofuku. In one short word, he describes umami as “YUM” and says the secret to the great taste of their dishes is that they use various layers of umami-rich ingredients.

To view more videos about where umami foods are found, and how to experiment with the umami flavor in your cooking, visit here.