What are MSG Effects on Our Bodies? 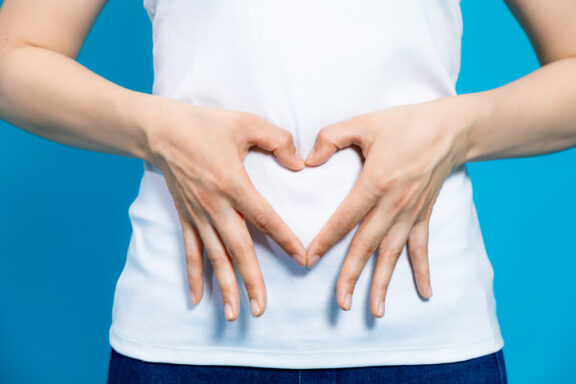 Monosodium glutamate (MSG) has long been acknowledged as a superior flavor enhancer, delivering the great taste of umami. But did you know it also has added value as doing good for your body?

Among its benefits, MSG can help the generalized population of Americans who have been encouraged to decrease sodium consumption; benefit specific individuals with high blood pressure who must decrease sodium intake; and aid vulnerable populations such as malnourished elderly needing a more nutritious diet.

MSG is one of the most studied food additives in history. Findings show that its use in the diet is safe, and indeed the FDA concurs, designating MSG “generally recognized as safe” (GRAS) under the conditions of its intended use

But despite numerous scientific studies attesting to the lack of negative MSG effects to the body, the narrative is all-too-familiar. MSG, as many consumers believe, has many “bad” effects on the body. Listing the negative stereotypes regarding MSG does not need repetition; they are all too familiar. And the erroneous claims have been well investigated and refuted repeatedly. Among them is a large multicenter, double-blind, placebo-controlled, multiple challenge test study. The study determined: “Neither persistent, nor serious effects from MSG ingestion are observed, and the responses were not consistent on retesting.”3

Let’s turn our attention to take a look at two of the positive benefits to the body that the addition of MSG can deliver as a food ingredient that can help attain a better diet.

The Center for Disease Control and Prevention estimates that 90% of all American adults consume too much sodium- more than 3,400 mg each day — an amount significantly higher than the American Heart Association (AHA) and other health organizations recommend. Studies show that high sodium intake is related to higher blood pressure and about 46% of U.S. adults have high blood pressure.2

The AHA recommends for most adults no more than 2,300 mg of sodium a day, with an ideal limit of no more than 1,500 mg per day.5 Note that most of the sodium intake comes from highly processed, prepackaged and restaurant foods. But because Americans consume such an excess of sodium, starting to lower sodium content of the diet by altering recipes is a good step to lower sodium intake and help create a healthy dietary pattern to improve blood pressure and heart health.

A review of a body of literature by the International Glutamate Technical Committee concluded that a small amount of MSG, used in combination with table salt, can reduce the overall sodium content of recipes. Containing only one-third of the amount of sodium as table salt, when small quantities of flavor-enhancing MSG are used in combination with a reduced amount of table salt during food preparation, total sodium content of the dish can be substantially reduced without diminishing palatability.

It’s well known that the addition of MSG to a recipe enhances the taste of the food, providing what has been described as a meaty, hearty or a savory extra flavor burst. Could this aspect of amplifying and enhancing flavor help achieve a more appealing, and nutritious diet, especially in nutritionally vulnerable populations such as the elderly?

One study in 65 hospitalized elderly patients given foods with or without added MSG for 6 months measured the intakes of energy and nutrients. While total energy intake did not change, results showed higher intakes of soups, meats and vegetables containing added MSG; and the lowered intake of foods without added MSG such as desserts.1

Schiffman4 reported that the addition of MSG, as well as of intense flavors to foods increased energy intake by 10% or more in 40 of 43 patients with clinical manifestations of malnutrition. The study found that dietary patterns in the elderly can be improved by sensory enhancement of foods using monosodium glutamate (MSG) and/or commercial flavors to compensate for chemosensory losses. In addition, meals enhanced with MSG and flavors were provided at a retirement center cafeteria to a relatively healthy elderly population. The foods to which the MSG and flavors were added included meats, soups, gravies, eggs and egg substitutes, vegetables, grits, stews, sauces, and macaroni. The results show that enhancement with MSG and flavors improved acceptability of these foods with a significant increase in ratings of satisfaction due to both the taste of MSG and the aroma of the flavors.

So what kinds of MSG effects are there? MSG’s notable function as an umami enhancer can help us lower sodium intake without sacrificing taste, and encourage nutritionally at-risk populations to better their diets. Pretty good for a food ingredient that also delivers great flavor and palatability.