What is the secret ingredient in Chick-fil-A’s chicken sandwich? 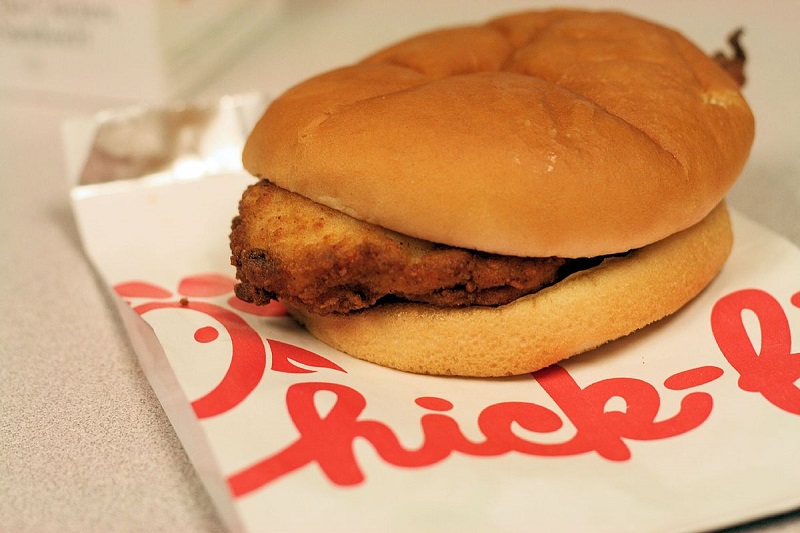 “Some may swear by the perfectly crispy coating. Others may point to the tangy pickles. And plenty of people have alluded to the fact that the chain uses peanut oil to fry up its filets.”

“The truth is that all of these sandwich ingredients (and yes, there are a lot) likely play into why it’s been so popular for years, but there’s one ingredient in particular” that “makes Chick-fil-A‘s classic chicken sandwiches so delicious.”

“And that ingredient is monosodium glutamate, more commonly known as MSG.

“[MSG is] the sodium salt derived from an amino acid (glutamic acid), which is naturally present in our bodies and is also found in foods like Parmesan cheese, tomatoes and mushrooms. Chefs and food companies love it because MSG isn’t just a salt, it’s a flavor enhancer that provides that umami quality (also known as the fifth taste beyond sweet, sour, salty and bitter) to dishes, giving them a heartier, richer kick that lingers in the mouth.

“Over the years, MSG has gotten a bad rap, with many people claiming it causes symptoms ranging from headaches and sweating to nausea after they eat it. The backlash it received in the late 1980s and early 1990s has been hard to shake — several authors have attributed this in part to racist, anti-Asian sentiment — and many people continue avoid MSG today in the same way that people assume all preservatives are bad.

“But, according to the Food and Drug Administration (FDA), MSG is “generally recognized as safe,” and aside from anecdotal reports, there are no reputable scientific studies that have been able to conclusively prove that it was actually MSG that caused those reported symptoms. A spokesperson for the FDA told TODAY Food via email that ‘MSG is not a true allergen in that there has been no evidence that substances in MSG cause immune mediated food allergic reactions.’

“Think of MSG like peanuts (or any other type of food or additive): MSG will be dangerous if you are allergic to it or have a natural intolerance to it. Unlike peanuts, however, MSG is not a known common allergen. But just like any other type salt, MSG should not be consumed in massive quantities.

“Nutrition and wellness expert Frances Largeman-Roth, RDN, told TODAY that it can be difficult to pinpoint the origin of some food sensitivities, and that’s especially true when you’re eating a dish that has a lot of ingredients. “I think that people can legitimately feel bad after eating a meal that is very high in sodium, whether that sodium comes from salt or MSG,” Largeman-Roth said. ‘That doesn’t mean that MSG is harmful. Also, they may have a sensitivity to gluten or another food additive that could be in their meal.'”

And see how the Today Show discussed MSG when reporting the news about Chick-fil-A’s Cow Appreciation Day, here.