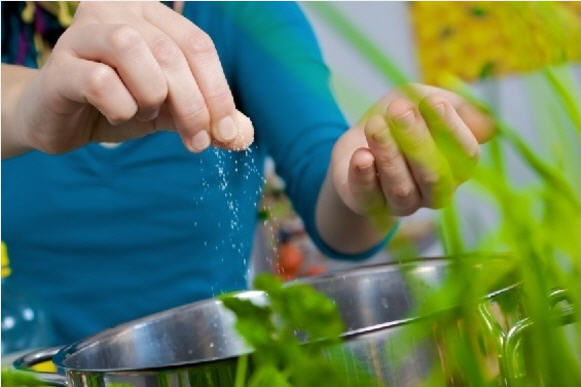 How glutamate, MSG and umami seasoning are actually the same yummy thing

So many divisive and emotional exchanges dominate the food conversations of today. MSG is no stranger to the controversy. And while science knows that MSG and glutamate, the component responsible for the much sought umami flavor are the same, too often in the public dialogue we see umami = good; MSG = bad. But a deeper dive into the components behind umami seasoning and MSG reveals that the body does not differentiate between the glutamate element found naturally in foods and that found in MSG.

How are MSG and umami seasoning so commonly and intricately entwined? It starts with glutamic acid, one of 20 amino acids found in abundance in the human body, as well as in plants. In humans, glutamic acid is a non-essential amino acid in that the body is capable of producing its own glutamic acid and not dependent upon getting it from food. But don’t let the term “non-essential” lead you astray. Glutamic acid is vital for metabolism and brain function. Our bodies need it in order to function.

Glutamate is a naturally occurring amino acid, and a flavor enhancer that makes many foods so delicious. It is found in all foods that contain protein. The natural flavor-enhancing levels of glutamate in food vary greatly, but are high in common foods such as cheese, milk, mushrooms, meat, fish, and many vegetables. It is important to note that that there are two forms of glutamate found in foods: bound and free. Only free glutamate is effective in enhancing the flavor of food.

MSG is the sodium salt of glutamic acid and becomes sodium glutamate. Our bodies recognize it identically to free glutamate in food. Foods such as beef, tomatoes, aged cheeses and soy sauce contain the same glutamate that is in MSG. The glutamate in foods and MSG are the same.

As an ingredient that adds umami taste to food, MSG has been long used and is common all over Asia and to a smaller extent in the West, in different sauces and preparations. It dissolves easily and does not overpower other flavors, which makes it a good food ingredient.

While some people have deliberately stayed away from adding MSG to their foods, they may not recognize that many of their favored sauces and condiments used to enhance flavor are rich in glutamate — the same as found in MSG. Glutamate-rich MSG as an “ umami seasoning ” truly delivers the sought after umami taste in the same way as other glutamate-rich condiments.

Throughout the world, a variety of glutamate-rich condiments enhance umami taste.

When we take a look at MSG on American supermarket shelves, we can also find it under other names: hydrolyzed proteins, yeast extracts, autolyzed yeast, protein concentrates and other ingredients that, according to nutritionists and USDA, are essentially the same thing: processed glutamate that is responsible for umami flavor.

In Japanese “umami” has been variously translated to mean “yummy,” “delicious,” or “savory.”  And there you have it: