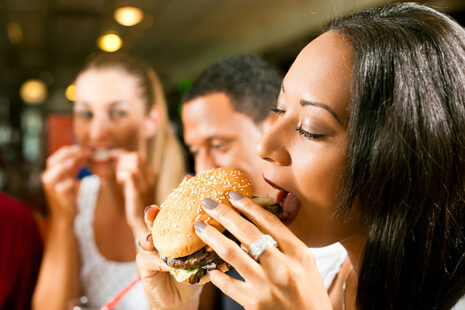 Few would disagree that cooking is all about flavor.  In fact, most of us grew up learning about the four basic tastes in grade school: sweet, salty, sour and bitter. However, many may not know that the human mouth actually distinguishes five basic tastes. And just because you may not have known it, it certainly doesn’t mean you haven’t tasted it. The fifth basic taste is a somewhat arcane taste called “umami,” which is the delicious, savory taste we all love.

Understanding umami is a critical factor to consider when making – or enjoying – a palatable dish, because each taste has an important reason for existing. When we consume a particular food, its taste is deciphered by a chemical sense that is signaled to our brain by receptor cells that make up taste buds. For example, eating something sweet signals to the brain that the body is consuming calories and energy. The bitter taste that we recognize actually cautions the brain that we may be consuming poison, but through social training, we actually learn to enjoy things that are bitter.

Umami was discovered more than 100 years ago by Professor Kikunae Ikeda, a Japanese scientist seeking to define the detectable, but unnamed taste of umami. He accomplished this by isolating glutamic acid, an amino acid that is one of the building blocks of protein. Essentially, umami is our body’s way of perceiving or tasting protein. The taste of umami itself is subtle, but it blends well with other tastes to enhance flavors. Umami can easily be detected when eating certain foods, such as tomatoes, parmesan cheese, cured ham, mushrooms, meat and fish.

The reason umami may not be as widely recognized as the four other basic tastes is because it wasn’t until the early 2000s that Dr. Ikeda’s study on taste was translated into English. Once umami found its way into the western hemisphere, it became a phenomenon amongst researchers and culinary experts. A 2007 Wall Street Journal article does an excellent job at describing the breakthrough of the umami taste and its embrace by mainstream society.  The article also points out umami’s connection with monosodium glutamate, a food additive more commonly known as MSG.

While glutamate is found in nearly all protein-containing foods and is produced naturally by the body, MSG was developed as a flavor additive to enhance the umami taste in foods where glutamate does not naturally occur. Despite some negative perceptions of MSG — largely rooted in the fear of “Chinese Restaurant Syndrome,” a phrase coined in a letter written by a journalist describing negative symptoms of having eaten Chinese food in America — there are virtually no differences between the glutamate found naturally in foods and the glutamate derived from MSG. In fact, the human body does not distinguish between the two and they’re metabolized exactly the same. Further, the MSG debate has become so popularized that it’s one of the most extensively researched substances in the food supply and has repeatedly been proven to be a safe and healthy food additive.

Interestingly, the use of MSG varies depending on geographical location. Westerners might be surprised to travel to Asia and find MSG sitting on every dining table next to other popular condiments, such as salt or sugar. One might wonder, now how can that be? A Vogue piece written by popular food writer Jeffrey Steingarten answers the question by asking the blatantly obvious – if MSG is bad for you, why doesn’t everyone in China have a headache?

Whether or not umami is found naturally in foods or is brought to life through the use of a flavor enhancer, the umami taste is unmistakable and its delicious characteristics supersedes any negative connotation. Umami has revolutionized the way chefs across the globe approach their cooking by adding a new realm of flavor possibilities through the way in which we taste. And for those of us who are not culinary wizards and have previously never heard of umami, keep following the MSGdish blog!